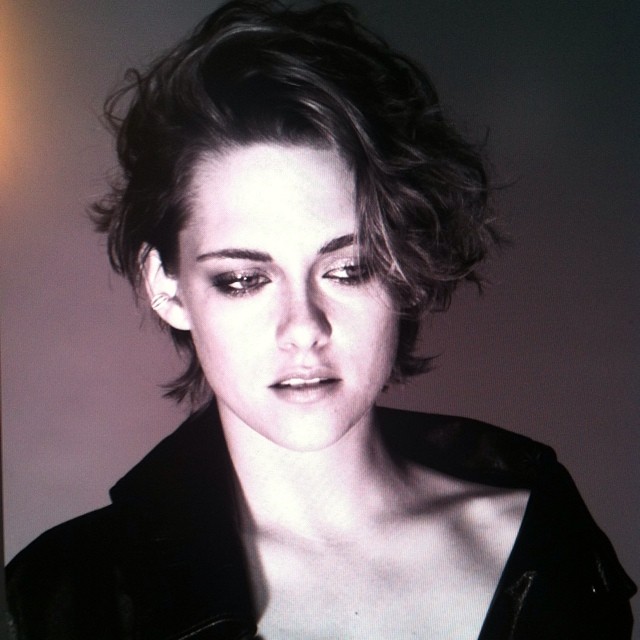 COMING UP ROSES: Kristen Stewart turned heads at the Chanel couture show on Tuesday with her newly shorn locks. The actress, who stars in ads for Chanel’s Métiers d'Art Paris-Dallas collection, said she just got the chop that morning.

“I’m ultimately going to go a little bit shorter for this next film that I’m going to do called ‘Equals,’ but I figured, you know, before I went all the way — might as well just play around with something for the show,” she said, adding that the orange color was a leftover from her most recent shoot, “American Ultra.”

Stewart will star with Nicholas Hoult in “Equals,” billed as a futuristic love story, and confessed she is nervous before each new shoot. “That’s the feeling that I look for. That’s everything that drives me. You know — and a lot of people say this — but if you’re not a little afraid of what you’re doing, it’s probably not worthwhile,” she remarked.

However, the “Twilight” star has gotten over her initial fear of working with French actress Juliette Binoche on “Sils Maria,” which premiered at the Cannes Film Festival in May. The two will be reunited soon on “The Big Shoe.”

“The intimidation level is down a bit, but now I feel like we need to up our games because it’s, like, the second go. I’m so excited. She’s become one of my favorite people in the world,” Stewart said.